Amplifying women in the news 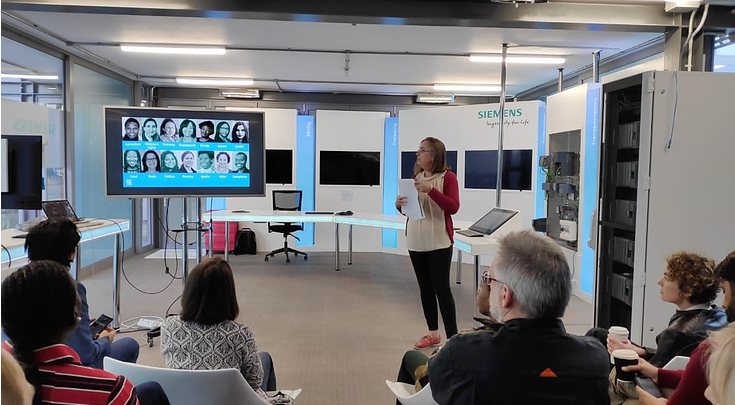 Women make up half of the South African population but less than 20% of the sources in the country’s media. Now a local organisation, Quote This Woman+, is trying to change that by giving journalists access to a range of women experts for their stories.

Quote This Woman+ founder Kathy Magrobi said the non-profit organisation sought to link “journalists and news producers in South Africa with a database of smart and switched on woman+ experts they can access when looking for a fresh and credible source to interview on a trending news topic”.

Since the start of the process, over 150 experts in more than 30 categories – from agriculture to xenophobia – have been identified from around the country and as far afield as the Antarctic where QW+ has experts on the SA Agulhas II studying the climate crisis.

“The project is important for journalists because they tend to use the same old voices …which tend to be male according to many different research evidence,” said Dr Daniels.

Professor Franz Kruger described the project as a “fantastic initiative” to address the problem that women experts are still poorly represented in the media.

“Women remain shockingly under-represented in the news,” said Kruger. “Too often, the voices commenting on stories are all male, which leaves out a key perspective on current events. Making the voices of women and other under-represented groups more visible enriches the media’s narrative, and benefits audiences,” he added, encouraging journalists to use the database to improve the richness of their sourcing.

Magrobi said the name QW+ had a plus on its name because “beyond women, our database is open to any expert who is marginalised by mainstream news narratives – whether because of disability, or sexual or gender orientation, or something else”.

Beyond closing the gender gap in sourcing, Magrobi said they also wanted to ensure that “the language and framing is no different from that which is used for men when women are featured in stories”.

“We aim to do this not by jumping up and down and criticising journalism and news rooms – because we know just how tough the news environment is right now,” she said. “Rather, we’re positioning ourselves as an additional resource journalists can turn to when they’re looking for a fresh source of voices, or when they’re looking for help in trying to track down the right person to interview for a story that they’re working on.”

Dr Daniels added: “Journalists tend to say that there aren’t women experts to quote but others say that in fact they are just accustomed to calling on the same people they happen to know. But there are many (other) experts who are women in South Africa.”

The database therefore helped “add more diversity to news media… of course journalists should use it. Most definitely,” she said.

QW+ curates a database of woman+ news-makers, thought-leaders, and agitators, who have been verified as experts in their feed. The database contains each expert’s email address, biography, location, and media experience. Journalists who want to access the experts then contact QW+ which then provides access to verified reporters.

“Anyone familiar with the media environment knows how hard it is get a great list of contacts these days. Newsrooms haven’t got time to keep their directories up to date, but there is still intense pressure to deliver a great quote – often in time for the next social media feed. As a result, journalists are forced to fall back on the sources they’re familiar with – the sources who will take their calls and consistently deliver a great soundbite – which doesn’t encourage diversity of sources,” said Magrobi.

“As we get additional resources on board, we’re also starting to reach out to universities and Technikons so that journalism students can start their careers already knowing us, and using us. And we’re exploring how reporting that closes the gender gap can become something that features in some of the journalism and media awards,” said Magrobi.

This post was originally published by frayintemedia and is republished with their permission.