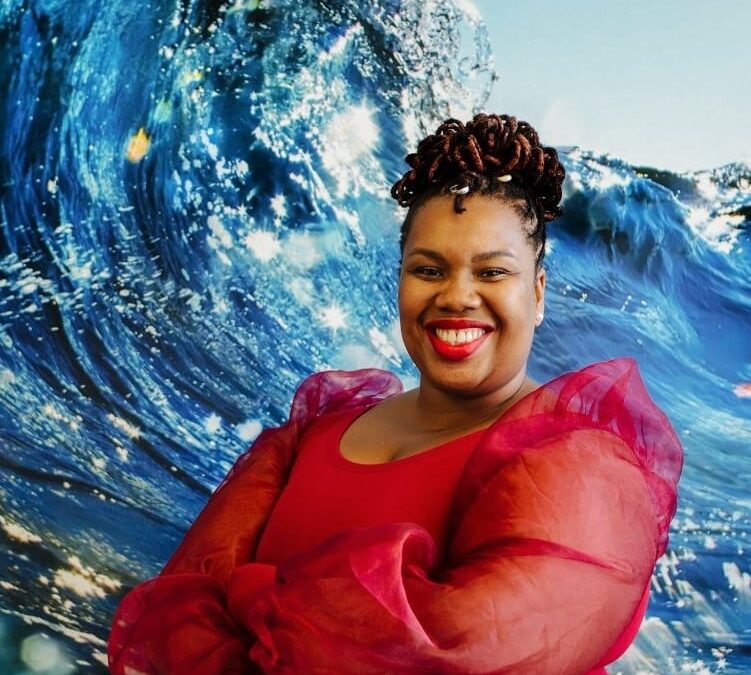 Kolisa Sinyanya is the Quote This Woman+ Voices of the Year winner in the STEM category for the year 2022. Kolisa is an Ocean Scientist studying the ocean’s relationship with biochemical cycling and primary productivity. And, apart from using social media to normalise BIPOC scientists (particularly women) as authorities in STEM. Her work has resulted in her becoming the only African Ambassador in the American Geophysical Union (a global science organisation that selects influential geoscientists to represent diversity, equity and inclusion in their industry on a world stage).

She is a world leader in ocean biogeochemistry and is a sought-after keynote speaker on topics around Black women in STEM and the sciences. She has spoken at COP 25 and was the first Black South African woman to give a scientific talk at Ocean Scientists in San Diego, California. Kolisa was a convenor for the Science Communication and Geosciences session at the 2021 Goldschmidt conference in Lyon, France; and she has even been immortalised as the fictional character, Nitro, in the Super Scientists franchise (a series celebrating Black and POC scientists).

Kolisa has ensured progressive changes to curriculum at the University of Cape Town (her workplace) and continues to use her spheres of influence to ensure that many young BIPOC scientists will be led by her example in the future.

Education: Sinyanya is a PhD candidate in Oceanography at the University of Cape Town (UCT).

Kolisa’s quote on what the QW+ Voices of the Year award means to her:

“These awards are an indication to me that the work I am currently doing in amplifying ocean sciences, science communication and overall transformation and marketing of science to the world are not in vain. This is recognition of powerful women who are not afraid to be visible and have a voice in spaces where their passion lies. These awards are acknowledgement for our courage and bravery to stand in front of millions of audiences to be the voices that lack in our respective fields and industries. Not everyone has such abilities and will power. The QW+ Voices of the Year Awards celebrate us and are an indication that we are doing amazing and that we should go stronger.”