The story of Quote This Woman+ 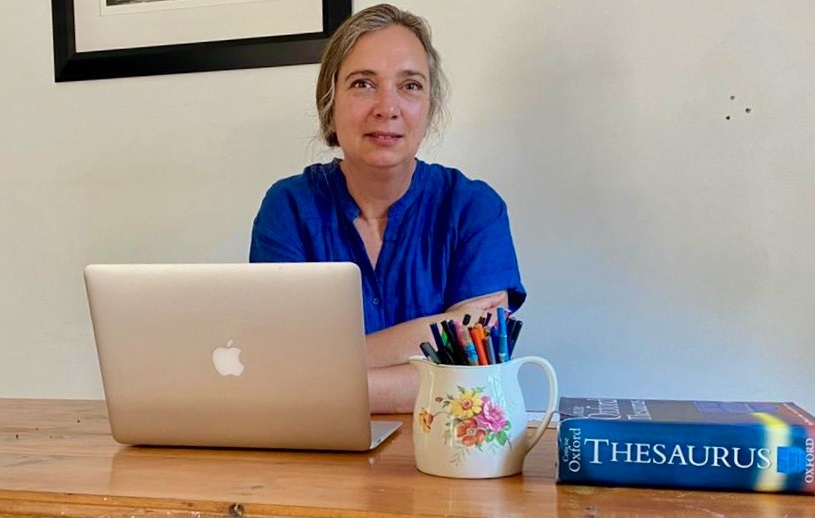 I did not set out to launch a gender and media start-up just before turning 50, but once the idea for Quote This Woman+ (QW+) took hold, it wouldn’t leave me alone.

In 2019, frustrated by the endlessly gendered portrayal of women in the news, I decided something had to give. I came across overseas organisations that curated databases of women-only experts for journalists so they could close the gender gap in their reporting and realised:  South Africa needed the same thing.

In my mind, somebody less middle-class, grey-haired and white-skinned would have been a better fit to start the project, but I couldn’t find the right person to get excited about this project at that time, so I started it myself.

From the beginning, adding the plus in Quote This Woman+ was important to me – that the project should amplify the voices not only of women, but also of thought leaders marginalised from mainstream news for other reasons – sexual orientation, gender identity, poverty, location (rurality) education (not speaking with the right Model C accent) or anything else.

It was also important to me that we ensure a level playing field: that we should not charge women to be on the database, or journalists to use it, but ask those who can afford to, to support us, and find other ways of ensuring sustainability.

How Quote This Woman+ started

Research from the South African NGO Media Monitoring Africa states that women’s voices aren’t being heard in SA news stories – appearing only once in every 5 articles, with the other 4 voices being men’s.  Traditionally during elections, the gender gap widens more, with only 1 in every 7-to-8 people interviewed being a woman.

Back then, with the 2019 national and provincial elections drawing near, I had a strong belief that if I could get together a searchable database of women+ who had voices worth listening to,  journalists and news producers would use them.

So with no funding or staffing – but with an itch for change – I registered Quote This Woman+ as a non profit.

Me, founder and director, Kathy Magrobi

I started QW+ just after finishing a freelance project in the ICT for Development sector – I had time, and a small cash reserve to get me going. Before QW+,  I’d freelanced as a media strategist/trainer focused mainly in the development sector: the decision to freelance being driven by two factors – the need to safeguard my health after a health crisis in 2007, and the desire to do justice to my children in a socio-economic environment whose values did not match my own.

Despite living in the tiny midlands village of Hilton in KwaZula-Natal, I committed to an intensive University of the Witwatersrand Journalism department media accelerator project in Johannesburg for part of 2019: travelling 480km each way every fortnight for the skills training offered for start-ups in the media business. There was no funding or resourcing through this project, but it did provide the coaching that QW+ needed to quickly advance from concept to an up-and-running, if tiny, organisation.

Ironically, the hardest part of the process was using my own voice as a part of amplifying QW+. Since 2007 I have had an often-invisible disability called trigeminal neuralgia, which can make things like speaking painful. But I’ve learnt to marshall my coping mechanisms and just get on with it – because QW+ is important, and because getting on with it is what women are best at.

Fighting at my side: Jordan Magrobi

Very quickly, QW+ became more than I could handle on my own: all the lessons I’d learnt about working regular hours were flying out the window, but with no money in the bank, I was running out of ideas of where to go for help. So when my daughter Jordan finished her degree and offered herself as the first QW+ volunteer – I swore gratitude forever. Giving up all of her Cape Town freedom, she moved back home to our sleepy little town to be with her mom. Jordan developed the whole database, and if you’re a part of our community you’ll recognize her name from many of our mails and newsletters.

Within 2 months, we gathered 40 women+ experts and started lobbying the media. Interestingly, the first actual queries to our database came from foreign journalists, then from the Mail & Guardian, (the then) Tiso Blackstar and Primedia. Other media players – large and small – followed. As we engaged with them, we came to realise that across the board, the media houses had no idea how big their gender gaps were: consistently, they’d estimate that they were using significantly more women sources than the statistics proved. Without exception, they were fully supportive of QW+ as an initiative to work with them to close their gender gaps. During the elections our experts were quoted in international pieces from Paris to Nairobi, New York to Beijing, which made our experts realise how powerful our database really was.

After the elections we were able to secure a SA Media Innovation Programme  grant which gave us a footing for 2020, especially amidst the pandemic. We were able to bring a strong cohort of volunteers onboard, managing to be nimble and flexible in the face of not finding other funding. When Covid-19 hit we were able to respond by creating a coronavirus database. With Jordan home for lockdown, we were able, within 24 hours of SA’s “patient zero”, to start a new  database with a media broadcast of eight new women+ Covid-19-related media-experts.

Within a week, and by the time the biggest news item was the expected closing of SA’s borders, we’d upped this to 15. These 15 women’s names were accessed by journalists/producers across the world nearly 900 times. Our media list of woman+ Covid-19-related experts grew to 90 by the end of the period. We maintained our ability to update this list to the media roughly every ten days, and at the same time, reach out to our experts with support.

We answered media queries from local and international journalists, from prestigious international news agencies, local community print and radio, and they were able to give a balanced perspective on what was happening in SA thanks to the QW+ database.

The work we do

Quote This Woman+ has over 350 – and otherwise marginalised – women+ thought-leaders, experts, activists and trailblazers on our database. We now send out a fortnightly media update, which reaches a core database of 470 journalists.

The work we do at Quote This Woman+ doesn’t stop here. We  give life to our tagline #NoVoiceLeftHehind by helping women+ feel comfortable in the spotlight: often this means confronting the inordinately high prevalence of imposter syndrome amongst women.  QW+ offers media training and workshops, and so far, these have been provided without a charge to our database members.

“After I failed to convince an incredible and talented woman to go on radio for an interview she was more than qualified to do, I was reminded that women experts battle with confidence and accepting interviews” – Pontsho Pilane, Mathaba Media

We also handle Twitter, email, WhatsApp, and phone queries from journalists regarding which experts to quote. On average, we get 3 media queries a day, Monday to Sunday, as early as 6:30 am, and as late as 10:30pm.

50 years old, cisgender, and white: I may not have set out to start Quote This Woman+, and I may fall short given the critical, multi-dimensional, intersectional feminist drivers of African womxn/women+. What I have, though, is an abiding commitment to the concept of #NoVoiceLeftBehind, and an appreciation that right now, I can use the voice that I have, and the agency that privilege gives me, to ensure the QW+ platform is entrenched in the media landscape: a foundation for those who follow.

Isn’t it interesting how in the last few years we’ve seen a focus on the women who never made it into the history books. Women who did amazing work behind the scenes are being given a retrospective voice, like the women who did the calculations for Einstein, and put the Apollo into space. Can you imagine how different the world would be for women scientists and engineers today if they’d been given the place they deserved in the spotlight 70 or 80 years ago? How differently the face of Covid-19 research, or global advisory panels – of the entire pandemic outcome would have been?

At QW+ we believe that the way women’s unpaid labour has increased – across Africa and indeed the globe – raises a sinister threat to women’s voices in the public sphere. In all aspects of society, women – be they scientists, sociologists, economists, health practitioners, businesswomen, teachers, or sportswomen – are retreating back into the domestic sphere because that is what they need to do to keep their families and communities going. And the more this happens, the more men’s voices dominate. Every time a smart, articulate woman turns down a place on the QW+ database because she’s no longer actively working in research, or she’s left her full-time job for part-time consulting, I see dystopian flashes where my future grandchildren are wearing handmaid’s outfits.

Unless QW+ gets funding to continue building its platform, we risk women’s voices being muzzled by the consequences of this pandemic: by something that’s come out of the left field and that none of us could have anticipated. Now is the time for every woman who believes in the future – every woman who has a daughter, a niece, a girl cousin, a grand-daughter, who wants to see a future for them where women’s voices are heard – to put their money where their mouth is and support us. Quote This Woman works. With it, we – women –  can change the world.

Currently, QW+ raises money three ways – through donations, through media/gender training and consultancies, and through grants we receive as an NGO.

Gift us the cost of a pedi or a mani – or even a cappuccino. Everyone can do R50 on a credit card. Commit to R35 every month and we’ll be grateful forever.

We need R20 000  seed funding to fund the grant proposals, corporate presentations and the kilometres of legwork testing financially rewarding activities that needs to be done to ensure QW+’s future.

There is a raft of experts related to the next phases of pandemic recovery we need to track down for our database. And in South Africa, we need to start research now to build a relevant database of women+ experts for the 2021 elections: all of this above our everyday portfolios. To find 20 additional Covid-pandemic experts, 50 new election-related experts, and to offer ten of these new experts access to a subsidised media coaching session we need R35 000 – making a total of R55 000.

We are ready to move to the next phase, and we need your help to do that. Even small donations can make a difference!

R50 buys a coffee and 150MB of data for a volunteer

R1000 adds a new expert to the database

Let’s do this! Help us to continue to amplify women+’s voices and change the way South African stories are told.

Donate to Quote This Woman+