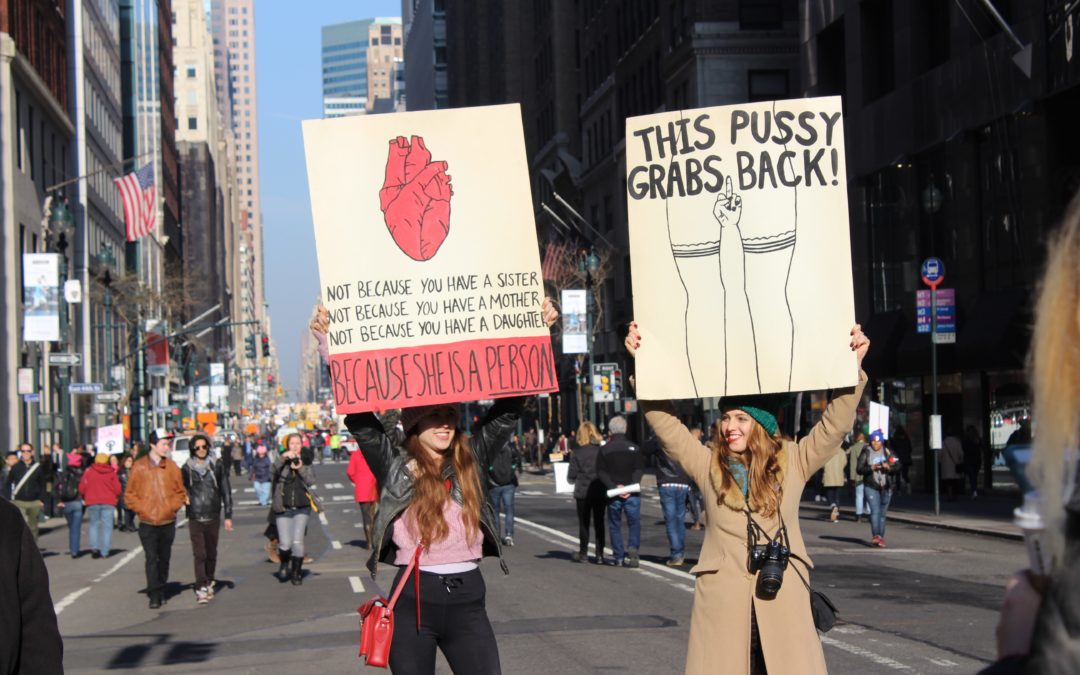 I am a walking, talking stereotype. Some days anyway.

Have you ever thought about how even though feminism is trying to dismantle the ‘rules’ about being a woman, we still end up being judged against them? I do. A lot.

Take, for example, the labels lady and Angry Feminist.

At first glance, they’re polar opposites of one another. Ladies are demure and gentle mother-figures; prototypical female figures. Whereas Angry Feminists are “hairy, angry, man-hating, sex-hating women — as if those are bad things” to quote Roxane Gay.

Usually, lady is used as a term to police feminine behaviour. “Sit like a lady,” “Talk like a lady,” “Not in front of the ladies!”. This would have you believe that ladies need protection, discipline and a rigid set of instructions. It’s a supposed compliment too. “Welcome ladies and gentlemen!” or “Ladies first.” Then it’s also used as a modifier like lady doctor, insinuating that women practising medicine are outliers and that they’re just a little less good at their jobs. In the same breath, we compensate domestic workers for low-income work and poor conditions with an archaic title that historically infers higher status, but today really means a lower rank: The Cleaning Lady.

Even though society and our vocabulary have both evolved, the term lady still proposes a specific form of gendered behaviour. It’s a less-than-subtle instruction for how women should behave.

What about Lady Gaga, Lady Skollie, All The Single Ladies? Pop icon. Protest artist. Women+ empowerment song. These examples speak to an all-new meaning and understanding, no longer interpreting lady as pejorative or policing.

On the other hand, in my experience, society still sees feminist as a dirty word. Even women in my own family won’t identify as feminists, side-stepping the word with ‘egalitarianism’ or ‘equality’. They say they don’t want to be labelled as feminists because they equate feminism with hating men.

Almost everyone who does not identify as a feminist has a shared delusion of the man-hating Angry Feminist. Or there’s the other slur, feminazi. Roxane Gay again explains this best: “There’s no such thing as a feminazi … the point of it is to try and encourage women to not stand up for themselves … and that if you dare to believe you’re equal to men somehow ‘oh my god’ you’re so radical that you’re almost as bad as a nazi.” (Q&A, 2019)

Feminine anger is largely rejected by society. Angry women are seen as dramatic, over-emotional and not to be taken seriously. This can be seen in tropes like Angry Black Woman or A Woman Scorned. Vocal feminists are often termed Angry Feminists and thus rejected. So, when we use terms like the Angry Feminist, we are immediately disregarding that person and their views as irrational, over-emotional and unacceptable, making the Angry Feminist the furthest thing from socially-accepted femininity, which is being a lady.

Ladies and Angry Feminists are often seen as binary in nature, but feminists like Lady Skollie walk the spectrum, muddying both. Her moniker means lady street hoodlum, two starkly contrasted concepts, something that is seen in her work again and again, dichotomies and duality. Lady is used to police, but also to celebrate. Check out #LadyBoss on Instagram to see what I mean. I wonder if these new appropriations of the term are due to ignorance, reclamation, irony or protest?

It appears the most popular modern feminism, most likely to gain any traction, is less rigid, more forgiving. One of my favourite iterations of this is the Guilty Feminist, a podcast by Deborah Frances-White, where she explores our noble 21st century goals as feminists and the hypocrisies and insecurities that undermine them. The show starts with, “I’m a feminist, but…” This is usually followed by a guilty admission of something supposedly unfeminist that most of us could relate to. One of her most famous openers details how in the middle of a women’s rights march she popped into a shop to use the bathroom and got so distracted trying on creams and fragrances the march walked past her and she got left behind.

In my life, I have accepted the title of Angry Feminist and rejected being a lady, thinking that I can’t be both. However, feminists like Lady Skollie have ignored the boundaries that I have felt so restricted by, instead reimagining, reclaiming and resisting.

It turns out that being a feminist means I can be whoever I want to be.

Helen Aadnesgaard is Quote This Woman+’s Business Development officer. She is an intersectional feminist, writer and activist. Connect with her on Instagram at @helen_offcourse

Pictures by Monica Melton on Unsplash.